how is Paros emerging as a cultural destination

The historic and cultural past of Paros may be rich and important, yet the Cycladic, identified-with-summer character of the island, mainly highlights its touristic aspect; the one interwoven with sun, sea and blue-and-white landscapes.

However, no matter the amount of love for the dreamy vacation spirit, with which the famous Cycladic Island is connected in our mind, it is really worth mentioning certain elements that bring out its value as a rich cultural destination.

Naturally, one has to primarily talk about the antiquities of Paros, an island inhabited already since the 4th millennium BC. Through the centuries, it has gone through periods of development and decay, playing an important role in the history of the Aegean Civilization. Archaeological sites such as the Dilion, the ancient cemetery, the Asklepion in Parikia, or the Myceneaean acropolis and the Cycladic cemetery in Kolibithres, in Naoussa, give an idea about the history of the island.

In the Archaeological Museum, situated in Parikia, the visitor can get a wider picture of the way the local civilization has evolved.

What’s interesting is that, going beyond history, Paros has given some of the fundamentals of the Greek civilization: its fine Parian marble, on which the famous Winged Victory of Samothrace was sculpted, is integrated into the Greek image. One of the most important sculptors and architects of the Antiquity, Skopas, was born here. On the other hand, the roots of Greek literature feature another important Parian, Archilochus, one of the greatest Lyric poets, with a sharp and innovative poetic spirit.

No wonder, then, that this past – which the modern day Parians are proud of, as is also showcased by the Cultural Centers and Associations of the island, named after these personalities – offers an inexhaustible fountain of inspiration to the modern day cultural and art production of the territory.

The multiple events and festivals that are part of the Parian cultural life, show that the island is moving towards a new cultural heyday, which is beginning to attract not only the audience but the artists as well.

A perfect example offers the festival “Routes in Marpissa”, a three-day “experiential, cultural festival. The festival has as its central idea to create routes and points of interest in the traditional settlement” of Marpissa, according to the facilitators. The “Routes”, taking place this year on August 27th, 28th and 29th, are known in Greece and abroad for the unique artistic approach on the traditions of the area. Themes of architecture, folklore, music, art and environment are in the spotlight during the event.

The Festival at the Park, active from June throughout September, at the Environmental and Cultural Park of the Municipality of Paros, is also very interesting. It features a rich schedule of cultural events, which mostly take place at the “Archilochus” outdoor amphitheater, the Cine Enastron open air cinema and in other areas in the Park. Overlooking the bay of Naoussa, the “Archilochus” theatre carries the aura of an ancient theatre and the spirit of the great Parian poet. From its seats, the spectators can enjoy not only the carefully selected events, but the moonrise as well.

In such a vibrating artistic environment, the need for a concept that brings together the contemporary artistic production of the Cyclades with their culinary culture, comes quite naturally. This is the reason why there is special interest and anticipation for the expanding of the range of activities of the Deck, by integrating exhibitions and carefully curated artistic events into its space.

To get more inspiration (combined with a breathtaking sunset), you can also visit the Cave of Archilochus, where, according to the tradition, the poet used to compose his poems. Obviously, the artistic character of the island is omnipresent. 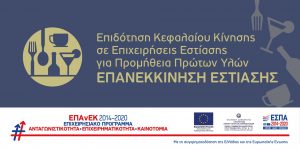 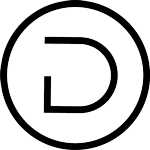 We use cookies on our website to give you the most relevant experience by remembering your preferences and repeat visits. By clicking “Accept All”, you consent to the use of ALL the cookies.
Cookie SettingsAccept All
Manage consent

This website uses cookies to improve your experience while you navigate through the website. Out of these, the cookies that are categorized as necessary are stored on your browser as they are essential for the working of basic functionalities of the website. We also use third-party cookies that help us analyze and understand how you use this website. These cookies will be stored in your browser only with your consent. You also have the option to opt-out of these cookies. But opting out of some of these cookies may affect your browsing experience.
Necessary Always Enabled
Necessary cookies are absolutely essential for the website to function properly. These cookies ensure basic functionalities and security features of the website, anonymously.
Functional
Functional cookies help to perform certain functionalities like sharing the content of the website on social media platforms, collect feedbacks, and other third-party features.
Performance
Performance cookies are used to understand and analyze the key performance indexes of the website which helps in delivering a better user experience for the visitors.
Analytics
Analytical cookies are used to understand how visitors interact with the website. These cookies help provide information on metrics the number of visitors, bounce rate, traffic source, etc.
Advertisement
Advertisement cookies are used to provide visitors with relevant ads and marketing campaigns. These cookies track visitors across websites and collect information to provide customized ads.
Others
Other uncategorized cookies are those that are being analyzed and have not been classified into a category as yet.
SAVE & ACCEPT